Practising what I preach… 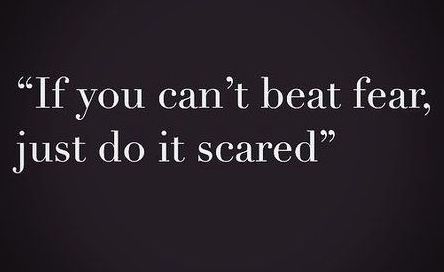 As a teacher, I’ve been known to give an inspirational speech or three. In my classroom? Sure! During school-wide assemblies? You betcha!

“Hey Peita, can you go give those kids a ‘Coach Carter’, they really need it.” Step aside people. I’ve got this!

The local newspaper quoted me passionately urging our student athletes not to allow a rival school to “come into our house and push us around” at a hotly contested annual sporting event. The clipping remains on a prominent filing cabinet in my staffroom for posterity. Or for giggles! 40 Inspirational Speeches in Two Minutes plays on high rotation in my classroom and in my life. I challenge you to watch it without getting FIRED UP!

I’m also a sucker for motivational quotes. I fire them off via text message to friends and family on a daily basis. Your honour, I give you Exhibit A: My aptly named ‘Sparkle’ Pinterest board which, features over 600 mantras to sucker-punch even the biggest Debbie Downer out of their funk…

Or worse. Out of what others might think if they try and fail…

You should also know that I don’t reserve these verbal pearls for students alone. They fall out of my mouth when a team member doubts themselves or their abilities. They very matter-of-factly tell the friend who hates their job to DO SOMETHING ABOUT IT. That she still has time, to reinvent, despite the ticking clock that terrifies her. They passionately remind my children to lurk dangerously outside of their comfort zones (so much so that my 8-year-old ended up in his undies as Captain Underpants, facing a packed theatre and potential ridicule from his footy playing mates at his school show). They cajole my friend who is about to start his own business to take the plunge, because, ‘it’s better an oops than a what if?’

It wasn’t until recently that I realised that while these words may have had impact on the lives of others, they’d never once been the chicken soup that my soul needed. They’d never tucked me in at night and halted the negative thought-loop that plagued me when I was on the precipice of making a change. Or stepping outside of my comfort zone.

While they had wrapped around others warming their toes, they’d never been MY much needed blankie.

I suspect I am not alone here. That we are all very good at being other people’s champions. Of building others up and cheering them on from the sidelines. But when it comes to us, these words of support and Oompa pa fall on deaf and dare I say it…hypocritical ears.

Something changed in me during the 2018 Christmas holidays. Wish I could say what it was or how it manifested, but the truth is, I just can’t put my finger on it. I did read an amazing book by Elizabeth Gilbert called Big Magic. More on that later. But I also read The Babysitters Club with my daughter on repeat, so we can’t be sure that literature alone flipped the switch!

And I’m not saying I’m reformed for life, but I can tell you I’ve had about 9 toes out of my comfort zone ever since…

I started a business, taking a break from a workplace and students that I have loved and adored for over 5 years. Thankfully the support of my boss meant I could take a creative sabbatical, so in a way it doesn’t even seem that brave.

But for this creature of habit? It’s Game of Thrones brave!

Having not sung a note (except in the shower) since my high school anthem singing years (if you’ve read my last blog you know exactly how long ago that was for me) I auditioned for a musical. A bloody musical people!? After months of rehearsals with people I barely knew before, next week I will take the stage IN THAT MUSICAL in front of hundreds of people with a great bunch of new mates. And in one scene, I am in a SWIMMING COSTUME!!! It’s a ‘Nancy Ganz suck you in number’, granted. But can I get a hallelujah please?! I am purposely not including a shot of this. Because. And also you should see the show, not for me but because it is bloody impressive! RENT at Orange Civic Theatre. May 23-26. Get on it.

I even agreed to be in a television commercial. Here I am. Seconds before actually pooing my pants…

The Peita of old would have made an excuse, apologised profusely and high-tailed it out of that situation, let me tell you.

If this is resonating with you, I want you to play along with me for a minute. As Elizabeth Gilbert asks, “What you would do if you knew you could not fail?”

We are going to WRITE people! Just two short paragraphs. Don’t get distracted. Don’t make excuses as to why you don’t have time. Or about how this sounds too witchypoo for you.

Do you want to conquer your fear of failure or what?!

STEP 1. We are going to write a letter to ourselves FROM our Fear. Pretending Fear is a real person/part of you (personification peeps, it’s a thing). Anyhoo, let Fear tell you what’s up.

I ask my fear, “What are you actually terrified about, in this situation?” And I make a effort of listening, with respect. (It’s amazing how seldom we do this — listen to our fear, with respect. We’re always trying to punch it in the face, or kick its ass, or run away from it. But we seldom let it speak.) I’m always amazed by what comes up. Often, I think I know what I’m afraid of, but when my fear is given a chance to actually speak, I’m surprised at what the real issue is.

Usually it is just 2 or 3 very specific things, once you look closely. And sometimes those 2 or 3 three things are pretty reasonable. Usually, the letter that my fear writes to me is quite short, and very precise. And once I see what those 2 or 3 issues are, what I’m actually afraid of…well, now we can talk about it. Like adults. Like friends. (Gilbert, 2016) Woo hoo using APA referencing again!

So it’s over to you…I’ll start you off…One paragraph MAX! Bet you write more…

For me it was a tale of imposter syndrome (but that deserves its own blog!) I had some financial concerns thrown in – You can’t feed your family on creativity! And the usual fears of being judged and being too old to reinvent again chucked in for good measure!

STEP 2: Now we are going to write a letter BACK TO FEAR!

In this letter we are going to respectfully tell Fear to vamoose. That you’ve taken Fear’s worries into account, however, that HE/SHE is not able to control you anymore. Here is an excerpt from my Dear Fear letter. It’s heavily edited. I’m a sharer, but some things are best left in a snazzy notebook for no one’s eyes but your own.

While I appreciate you constantly weighing up the risks that I yearn to take, creatively, spiritually, financially, will you kindly $&# off? I am aware that taking a break from a job I love to start a business is financially risky. That there might be some who will judge and maybe even wish it to fail. That in the beginning I’ll need to sacrifice some precious family time that I so long for. I am also aware that attempting to write a novel on top of this is a daunting, near impossible feat. That I likely won’t even finish it. That this is the wrong time for me/my career/my family. But I can no longer sit and wait for the right time….

If you are sitting on the sidelines. Wondering if. Debating ‘shoulda coulda wouldas.’ Telling yourself YOU could never take this risk, or do that thing. That those things come easier to those people. If you are getting envious of those who do dare to try…

Let this be your warning.

We have one life. And it’s fleetingly short.

“Fear should always be allowed to have a voice, and a seat in the vehicle of your life. But whatever you do — don’t let your fear DRIVE.” (Gilbert, 2016)

Thanks to Elizabeth Gilbert’s Big Magic for much inspiration.